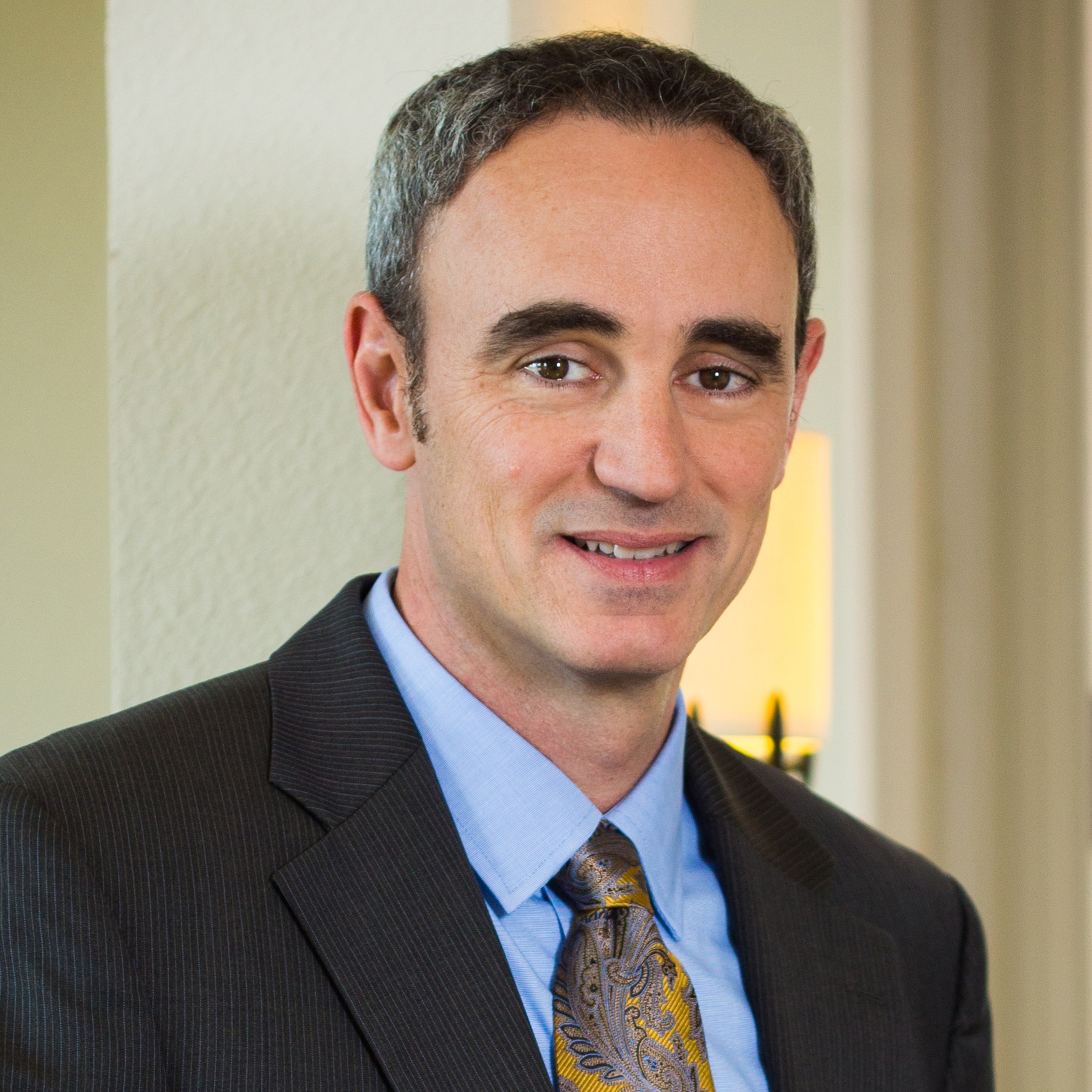 Sage’s goal as a tactical manager is to smooth out the ride for investors when markets get bumpy. In this podcast, Sage’s Rob Williams talks about how Sage does tactical investing (vs. strategic and other tactical strategies.)

Hello, I'm Rob Williams, I'm the Director of Research for Sage Advisory. We're going to take a little time today to address some of the common questions we get surrounding tactical management, especially what has to do with our ETF products. Things like, what's your definition at Sage of tactical management? How do you utilize cash? How are you different from other firms that you may run into?

You know, there's a lot of choice today, when it comes to money management period – especially in the tactical space. So maybe the first thing that would make sense is just to talk about our definition or how we view ourselves as a tactical manager. It probably makes sense to first understand that you can really talk about asset allocation in broad terms and three general approaches, right? So, there’s strategic. And that's basically a passive investor who allocates their assets and then says, I'm going to take what the market gives me. I'm going to be an index fund or passive over the long-term, I'm going to get market returns, I'm not going to really adjust much along the way.

Then on the far side, there's tactical managers who are what we call “unconstrained,” meaning they take large bets, often kind of timing-oriented, will use large cash allocations to take major tilts against the market as they look forward or see things unfolding in the economy or around the world. And they will typically have large swings and a little more volatility. And they may have large periods of outperformance, but they also have large periods of underperformance and they're hoping that the average between those two will be greater over time. We sit somewhere in the middle at Sage. We're definitely a tactical manager, but we take tactical tilts among asset classes. But we do not take very large cash allocations, because we don't want to be dependent on timing. You know, typically, a 10% to 20% cash allocation would be very large for us. So that's kind of where we keep it.

We rely more on tilting among different asset classes – whether we want growth versus value or credit versus Treasury, and we kind of play it that way. And the idea is to really take that timing element out, take these large swings in the market out, and create a smoother ride for clients. For us, that's key to tactical management. Remember, markets don't move in straight lines. And for us, one of the greatest benefits of a tactical manager is keeping a client on track – having them not bail out on the carefully laid out plan that you as a consultant lays out for a client, and then the minute there's market volatility, they want to chuck the whole plan. So, with a strategic investor, you may get decent returns long-term, but when the market is selling off, you're going to get a lot of pressure to pull out of the market or make your own timing decision. That's kind of the downside of strategic.

The downside for an unconstrained manager is similar – when they're having wide swings versus the market, it exposes the client to selling at the wrong time, whether they emotionally want to do it, or whether their situation just changes. Sometimes a client’s situation will just change and they have to sell. And if you're in a really wide swinging strategy that happens to be down that could be bad for the client.

So, you know, let's talk about cash for a minute. Cash is really a bet on the near-term direction of the market. And often it's not the best defense in a poor market. It sets up a lot of potential limits on the upside when the market rebounds. Let's look at 2008, probably the greatest example of a downside risk we've had in the markets over the last 40 years. And going to cash would have made some sense, but was going to cash in a balanced portfolio, the best thing you could have done? No. You've got a small amount of positive return in cash, you avoided the 40% downside of stocks, but maybe you missed the opportunity of pushing some of your fixed income allocation away from credit into long-term Treasuries.

Long-term Treasuries were up 10% or 15%. So rather than cash, you really wanted longer maturity, fixed income in the portfolio. So, cash is important sometimes in small doses, but it's often not the actual best defense you can put on. And, think about 2009 when the market did rebound, stocks were back up 30%, cash was up just a very small amount just because the yields had dropped so far by then. But fixed income and Treasures were still up a good deal. So, you set yourself up to miss a lot of upside with cash.

So, let's talk about smoothing out the ride using cash and corrections. Because what people are really worried about and why they hire a tactical manager often, is you're thinking about I want someone who's minding the shop, when things go wrong in the market. Right? So let's talk about that.

Everyone thinks when corrections come, I need to be out of the market. Well, why? First of all, let's talk about how corrections don't come in the same size, frequency, or magnitude. The big corrections happen every 7 to 10 years really. We actually did a study, put it on a blog a few months ago, but if you look over the last 40 years, if you look at the big corrections, there's been about six of them. And the markets dropped on average about 40%. These are usually when you have a recession, like in ‘08, the early 2000s, where you have a big market dislocation. And those take a long time to recover from. They take about 22 months. But the point is they don't happen very frequently. The things that happen more frequently, are the smaller corrections, that 5% to 10% to 15% corrections that are sort of here and gone in a matter of months.

For those, you certainly don't want to be messing around with cash and trying to time the markets over just a matter of weeks. Over the last 40 years, remember I said there were six big corrections, there's been over 20 smaller to medium sized corrections. So, they're happening roughly every other year. And on average, you're losing about 12 or so percent, but the market is going down and then rebounding completely in three months. So that makes really focusing on tilts within the asset class more important most of the time, than repeatedly trying to short-term time these pullbacks in the market. It's better to say hey, what kind of correction is this going to be? Would I rather have more U.S. than international? Should I be more value oriented? Should I be overweighting or underweighting technology? You know, versus consumer stocks versus utilities? Should I have less emerging markets, because some of the risk is there. In my fixed income, should I have more Treasuries versus credit? If you're paying attention to all those, you can help yourself out a lot in the correction and not really be worrying about getting the timing exactly right.

So, let's actually turn, we'll look at a pretty precise example. So, let's look at 2011. And say, what would Sage do in that situation or in that type of correction, where we thought the market wasn't going into an ‘08 type of collapse, but risk was high, and we might have a correction? And then what would Sage do? We might say, hey, out of that 100% equity allocation, we would probably tilt towards defensive sort of sectors in the market. So, let's say we put 50% of our equity allocation, still in equities, still in the market, but just in more defensive sectors; things like consumer staples. Because to us, it's not about position risk, we're not worried about necessarily one particular position, we're worried about the overall level of portfolio risk. Meaning that we want to lower the beta of the portfolio.

What does beta mean? If I've got 100% stocks, and I put 50% in cash, then I've cut my risk exposure in half. I've taken my beta to somewhere around 100, where I'm going to move the same amount of the market to about half. So a 0.5 beta or 50% beta means if the market drops 10%, I may only drop half of that. I’m going to drop 50% of the downside. But the point here is I can do that with cash, or I can do that with defensive stocks. Putting 50% of your portfolio in defensive stocks gets you very close to that 50% beta. It gets you to about a 60% beta, but you're still invested in the market, and you're not going to miss the upside. And when we looked at this study over the last several corrections, the defensively tilted portfolio, the one that didn't use cash, pretty much outperformed in each of the last four corrections.

So, for us that has been the better sort of technique. Because again, it's not about getting the timing exactly right, it's about dampening the volatility for the client and keeping them invested. If we're thinking about the environment we're in now and that we're heading into over the next couple years, we're sort of very late in this economic cycle, as we know. And we think you're going to get a lot more volatility over the next couple years. Just look at the fourth quarter, we had a major correction. And then we got it all back very quickly. We think there's more of that to come, but we think it's going to be difficult to time. With cash, it's really going to be about getting a manager with sound risk management techniques, not trying to time the market.

Sage Advisory Services is a registered investment adviser that provides investment management services for a variety of institutions and high net worth individuals. This podcast is for informational purposes only and is not intended as investment advice or an offer or solicitation with respect to the purchase or sale of any security, strategy or investment product. Investors should make their own decisions on investment strategies based on their specific investment objectives and financial circumstances. All investments contain risk and may lose value. Past performance is not a guarantee of future results. For additional information on Sage and its investment management services, please view our web site at sageadvisory.com, or refer to our Form ADV, which is available upon request by calling 512.327.5530.

Market Update
The Resiliency of the Bond Market – Market Update
Podcast recorded on 02/14/2020
Sage’s Komson Silapachai discusses the impact of the coronavirus on markets, the two reasons for continued strength in fixed income, and where Sage sees pockets. . . .
Learn more >

Market Update
The Coronavirus & Capital Markets: Implications & Positioning
Podcast recorded on 02/03/2020
How should investors think about the coronavirus and its potential effects on the capital markets? In this podcast, Sage CIO Bob Smith recounts a presentation. . . .
Learn more >