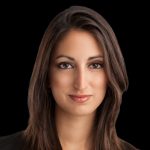 You can find Goujon’s presentation here.

Sage Advisory: Hello, and welcome from the 2019 Sage Perspectives on the Future biennial conference. I'm here with Reva Goujon from Stratfor. Reva is Vice President of Global Analysis. And she's just come back from an amazing presentation at this conference. And we're just going to talk for a few minutes about some of the highlights from that presentation. So welcome.

Reva Goujon: Thank you, very pleased to be here.

Sage Advisory: The title of your presentation, “The Coming Global Inflection Point,” perhaps you could really explain to our listeners what you mean by that.

Reva Goujon: Yeah. And I'm not trying to be, you know, melodramatic here. But I think this is an inflection point that we're seeing globally. And by that, I mean, just consider all the angst that you see surrounding just the 2020 election in the U.S. and in other elections around the world. There's a lot of good reason for that that goes beyond the personality. So when you break down the structural forces and things that have been building over multiple generations, really over the past four decades is where you see the most change transpire. You can see forces like the impact of aging demographics on economic productivity and growth overall. You see faster rates of urbanization that spawns so many different implications.

You look at trade trends, right. We've seen a very big transition in global trade from this kind of hyper-globalized phase of highly integrated supply chains that can span the globe to now more regional hubs of trade. And you know, as China is developing and consuming more of its own products, that's going to have a pretty massive effect on the rest of the world that has been feeding off of China's growth for decades. Technological changes – that's another big force, the exponential change that comes with driving technological solutions to transcend the constraints that come with these other issues, but also end up creating problems along the way, right. So it's really just a closer examination of those types of bigger issues, the demographics, the urbanization, trends, the tech trends, but also just the return of great power competition.

Sage Advisory: So with all of this change taking place, the world seems to be becoming a lot more dangerous place. I mean, where are the main hotspots that concern you most in terms of a geopolitical perspective?

Reva Goujon: Well, generally when you're in this more of a multipolar environment, right, where it's not just one or two great powers dominating the system, but lots more competition overall, you always should pay attention to the borderlands. And the edges of the empire, so to speak – that's where you're going to see a lot of competition play out. You saw this also in the Cold War. In any kind of containment strategy, it’s fighting battles in the periphery. And so hot spots you can already see like Hong Kong, where this is an appendage to China, but from Beijing's perspective, it's part of its core territory. And, you know, as you see, Hong Kong is trying to prevent this steady encroachment of Beijing's influence. And the steady erosion of its autonomy in this fight to resist that, of course, it's going to pull in the U.S. Taiwan is kind of coupled with Hong Kong in that respect, where right now Taiwan is just kind of emerging as a flashpoint. But as we get deeper into the next decade, there are military scenarios concerning the U.S. and China over Taiwan that I would take very seriously.

When you look at the edge of Europe, of course, you're seeing arms control pacts from the 20th Century just completely falling apart. And a big reason for that is because of the U.S.-China competition, where China has been building a lot of ground-based intermediate ballistic missiles. And the U.S. doesn't want to be restrained in developing its own to keep pace with China. So it's pulling out of these agreements. That opens up, of course, more competition with Russia. And guess who's caught in the middle of that? Europe, right. And so this is really uncomfortable for a number of countries. And so you know, those are kind of the edges where you're going to see a lot more action.

Where middle powers like Turkey, like Vietnam, like the Philippines are going to get squeezed here, where they're not necessarily picking sides in this great power competition. They'll have security relationships with great powers. They'll have fluid economic relationships, but you can't be forced into one camp one way or the other.

Sage Advisory: What about elsewhere as well? What about the Middle East and around Saudi Arabia? What's your views on the prospects for that region?

Reva Goujon: So this is where there is a lot of room for other powers to create distractions to pull others in. So there's a lot of unfinished business in the Middle East, let's say, as the U.S. is feeling this compulsion to extricate itself from its commitments in the Middle East. And you know, the U.S. shale revolution contributes in part to that. It's not like the U.S. is completely energy independent by any means. But certainly it feels like it has more firepower to leave the region to the regional powers to sort through their troubles and pull back. But it's easier said than done.

Iran, since the fall of Saddam Hussein and Iraq in 2003, has been able to make significant geopolitical gains. But that also created a reaction, and that the Sunni powers, like Saudi Arabia, like Turkey are pushing back on that sphere of influence. And so now Iran is just trying to protect that sphere. And it's creating a lot of turmoil, a lot of competition. And the White House's decision to reopen the nuclear issue and apply maximum sanctions, pressure on Iran is, of course, leading to a very significant reaction from Tehran, where it may be a weaker power, but it has still options in terms of holding the global economy hostage, threatening, and actually conducting attacks that directly target energy infrastructure in the Gulf, creating that market reaction. And at a time when nobody wants war, especially the United States, and everybody will be essentially lined up to try to de-escalate.

Sage Advisory: It sounds like you think that it will get worse before it gets better.

Reva Goujon: Yes, absolutely. Because it's a stalemate right now. The U.S. has not responded with sanctions easy. And it kind of came close to it when the French came about following the tanker attacks and had a $15 billion credit line for Iran, kind of a path toward de-escalation. But that got stunted. And then you saw the major Abqaiq attacks on September 14 in Saudi Arabia. And so as that sanctions pressure builds, Iran needs to break the impasse. How do you break the impasse? Through more aggression, right. And it has to be significant aggression to grab the White House's attention. The last thing Iran wants is for the economic pressure to reach the point where it's triple-digit inflation, where it's having trouble containing unrest at home, it wants to still, at least respond from a position of relative strength. And it knows it's going to be in a negotiation inevitably with the West again over its nuclear program. So now is the time to rebuild that leverage with its nuclear program.

Sage Advisory: You’ve given us a flavor for many of the issues on the geopolitical landscape. But there's also changes taking place from a demographic perspective. You were telling the conference earlier, perhaps you could summarize some of the shifts that are taking place in the workforce and how that might play into some of the issues that you've described.

Reva Goujon: Yeah, demographics is kind of the foundational force to pay close attention to. And you know, it's such a basic human condition that we're talking about, right? Just the decision that you make to have children and how that actually is more of a debatable choice. Nowadays, as you see, living expenses go up. As you know, women are pursuing higher education and focusing on their career, putting off childbearing, right? So a healthy demographic profile for countries, what you refer to as a total fertility rate, their replacement rate is 2.1. Which means you're essentially replacing you and your partner on this earth. But fertility rates have fallen well below that, and in much of the developed world, this trend is most pronounced in places like South Korea, Japan, Canada, Germany.

Now China is aging very, very quickly. And so that creates a big conundrum. And it creates a conundrum because you have a smaller tax base, fewer workers to replace this big Baby Boomer generation that are now retiring in droves. So it comes in so many different forms. But those demographic pressures are a big contributor to this low-growth, low-inflation environment that we're kind of stuck in. And that is creating a lot of political turmoil as well.

Sage Advisory: It seems like there’s a gloomy outlook. Are there any bright spots that we can look at in terms of looking forward or where you see the greatest hope?

Reva Goujon: Yeah. When we look at where there’s still growth – because everyone is now looking at very low levels of growth, negative interest rates – that's hard to operate in that environment. But Asia's really still the center of gravity in the emerging one for global trade. So it's going to be fascinating to watch countries like Vietnam, the Philippines, Thailand, basically adapt to these pressures. And, you know, they're in good positions to court investment from multiple players that are also trying to compete with each other. So you've got Japan, the U.S., Australia, all of these different countries trying to use their economic clout and also trying to develop the infrastructure in these countries. And it'll be very important to see who can compete more effectively in this climate, attract the capital to build out that infrastructure, and balance effectively amongst these greater powers. And it's always those countries that are in the borderlands that have to be much more agile. And they have to read their geopolitical landscape to watch for any threats coming down the line, and knowing which way they need to lean. And those are the countries that actually tend to be the most dynamic economically.

Sage Advisory: Reva Goujon, thank you very much for your time. It's been great listening to you.

Sustainable Investing
Getting to Net Zero
Podcast recorded on 02/10/2021
Our planet has been logging the warmest years on record, and we are increasingly experiencing the adverse effects of climate change. It has been widely. . . .
Learn more >

Sustainable Investing
What’s in a Brand? How ESG Risks Can Make or Break a Brand
Podcast recorded on 01/11/2021
What do Nike, Wells Fargo, and BP have in common? They have all experienced controversy related to environmental, social, and governance (ESG) risks that has. . . .
Learn more >

Market Update
Considering the Unknown: Sage’s 2021 Market Outlook
Podcast recorded on 01/04/2021
From vaccine rollouts to monetary policy – what curveballs are Sage’s Investment Committee members keeping an eye out for in 2021?
Learn more >