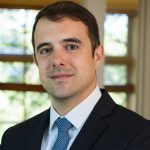 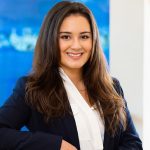 Sara Rodriguez: Yeah, definitely. Today's episode is all about the E in ESG investing, which pertains to how a company interacts with its environment in both its direct operations and throughout its supply chains. We are going to be examining the environmental factors that ESG investing incorporates into the analysis, selection, and management of investments. So, Andy, can you give us a list of the financially material issues that fall under the E category to start us off?

Andy Poreda: Absolutely. So first off, a lot of people are very focused on the E of ESG. So, when we think about the E, a lot of us will initially tend towards the climate change focus that deals with greenhouse gas emissions. That’s kind of one of the big topics that's always discussed. However, there are also some other issues that can be looked at, and some of these can be things such as biodiversity and ecosystem quality, general pollution across air, water, and physical pollution, waste, and then also what you're using from natural resources, whether it's renewable or non-renewable. So, those are just a few examples of some things that we like to discuss.

Sara Rodriguez: So, tell us a little bit about the financial risks faced by companies if they neglect to consider these issues and their effects on the environment.

Andy Poreda: Absolutely. So, I think when looking at it, it's very prevalent that climate change is going to be a huge issue moving forward. And so, what that means is that companies that may not transition to a more lower carbon model are at risk of having different externalities associated with not doing so—and that could be from a possible policy or legal change, if any sort of things get implemented on a government scale. If we get taxed for our carbon emissions, that will have an impact on the bottom line, and that is a huge risk. There is also some of the issues associated with investors and their sentiment moving forward. Even if the government doesn't make a huge statement in the U.S. on climate change, there's still the possibility that investor sentiment leaves you vulnerable to the changing environment. We’ve seen that in the proxy voting that's happened the last few seasons, there's a huge investor sentiment, and so you have the possibility of seeing that having a huge impact as well. Then also, there's some technological advantages that are associated with shifting to new green technology and it may be capital intensive, but depending on how these other factors play out, it has the potential to impact your bottom line moving forward. That could be green buildings or shifting to wind or solar power. There's a lot of different things that can have financial benefits to these companies.

Sara Rodriguez: Absolutely. So here at Sage, we regularly release ESG case studies, and we're going to highlight one of those today. Southern California Edison is one of California's largest electric utility providers that supplies power to about 5 million customers. So, Andy, let's talk a little bit about how Edison approaches their environmental company policies, starting with where they source their energy.

Andy Poreda: Edison is a great example of a utility. As many people know, California has been very rigorous in pushing for companies and utilities to be more renewable. So, Edison's hand is forced in a lot of ways, but they're also pushing the envelope as well. Edison right now is currently on track to be about 80% zero carbon by 2030, which is a pretty lofty goal, and we hope that they can do it, but that also does lead them to some challenges as well moving forward, as it's such a tough kind of metric to hit. They’ve done a good job in sourcing renewable sources throughout the state, so right now they are a leader in utilities in terms of their renewable output, but with that renewable push also has to come energy storage. I think Edison is also knowing that that's going to be a huge factor if we go towards a larger renewable model—they need to be a leader in the energy storage space. So, I think that's another area where Edison is really pushing, knowing that it's a factor and it will hopefully pay dividends for them later on.

Sara Rodriguez: Yeah, it sounds like they really recognize that transition risk associated with the shift to a lower carbon economy. In addition, climate change adds an extra layer of environmental risk and regulatory response around the world has been mixed. Physical risks have been found to be the most material to credit ratings and climate change increases the likelihood of severe weather such as hurricanes, floods, droughts, and wildfires. How has physical risk impacted Edison?

Andy Poreda: Southern California Edison, operating in California, they're exposing themselves to a lot of different risks. I think if you look at California, you see that if you look at different parts of the state, drought is a huge issue. If you look at the last few seasons in the late summer and early fall, wildfires every year seem to be a growing factor and every time we see that, it’s a huge financial material risk that Edison faces. But even if you look at earthquakes, for example, that physical threat from earthquakes to your buildings or power lines, etc., that is a huge risk that also has actually had huge problems for Southern California Edison and dealing with their nuclear power plants. So, if we look at that I think that's an area that you can see that exposure to environmental risk is something that really makes it difficult for Southern California Edison to operate. I think that as intentional as Edison is, in terms of trying to push toward a low carbon model, they're really just exposed to a lot of risk and what’s happened is that we can see that with their credit rating—that’s why it's important to investors. Moody's, one of the largest credit rating agencies, downgraded Edison in March 2019, actually in anticipation of what happened to others like PG&E, and so it ultimately affects their bottom line with trying to issue new debt. So you can definitely see some of these issues and how they play out, and why it's not just a kind of a ‘feel good’ issue to invest in a renewable energy model, but there are risks associated with some of these environmental causes as well. So we have to balance those.

Sara Rodriguez: So lastly, let's talk a little bit about how Edison approaches their pollution and waste management.

Andy Poreda: Yeah, so I think if you look at pollution and waste management, one of the big issues in waste management in the energy industry is—how do we deal with the waste of nuclear power? Edison had to really look at this because back in 2012, 2013, they had issues with their San Onofre power plant, which is kind of in between San Diego and Orange County. One of the things that happened with this is they noticed a leak in that plant, and that was because they had some issues with their steam generators. So, with nuclear waste, that power plant is literally feet from the ocean, which could get into the water and affect wildlife. It's also very close to very large population centers in Orange County and San Diego. So that risk that they saw in an area that's also around a lot of fault lines could have huge implications from a negative perspective, and so they actually had to shut it down. They own 78% of that power plant, that's a huge financial decision that they had to make, but in the end you have see how it's justified because the negative implications both from a controversy perspective as well as a legal lawsuit perspective exposes them to a lot of risks. So, in the end, they made that decision to shut down the plant. Now, because it's a nuclear power plant, they also have to deal with the nuclear waste. And unfortunately, that nuclear waste is just now sitting on the site of San Onofre, and with nuclear waste, we really hadn't had a good solution of how to deal with it. So now they're just storing it. So even though it's not operating, they're still going to be exposed to that risk for eternity, basically. So it's kind of a really interesting yet problematic issue that they have to deal with.

Sara Rodriguez: Yeah, absolutely. So, all things considered, from an environmental perspective, what is Sage’s outlook on Edison?

Andy Poreda: So, with Edison, we used to have it as a three out of five on our ESG leaf score, which basically meant that it was investable for ESG strategies. However, due to all the risks associated with Southern California Edison moving forward, most notably the wildfire risks that seem to plague California on an annual basis, we have now made the recommendation to put it as two out of five, which takes it out of our ESG investable universe.

Sara Rodriguez: So as you can see, how companies interact with their environment is more than just a measure of corporate responsibility, it's also an important piece of information to consider as an investor – as we've seen the financial and material issues associated with Edison when it comes to greenhouse gas emissions, climate change, pollution, and waste management. Thank you so much for talking to us today, Andy.

Andy Poreda: I appreciate it, Sara.

Sara Rodriguez: Thank you everyone for listening. To find our case study on Southern California Edison, please visit us at sageadvisory.com. You can also find us at @sageadvisory on Instagram, and on our Sage Advisory LinkedIn page. See you next time.

Disclosures: Sage Advisory Services is a registered investment adviser that provides investment management services for a variety of institutions and high net worth individuals. This podcast is for informational purposes only and is not intended as investment advice or an offer or solicitation with respect to the purchase or sale of any security, strategy or investment product. Investors should make their own decisions on investment strategies based on their specific investment objectives and financial circumstances. All investments contain risk and may lose value. Past performance is not a guarantee of future results.

For additional information on Sage and its investment management services, please view our web site at www.sageadvisory.com, or refer to our Form ADV, which is available upon request by calling 512.327.5530.

Fixed Income
Fixed Income Playbook for the Second Half
Podcast recorded on 07/07/2022
In this podcast, Sage’s Michael Walton and Thomas Urano discuss the dynamics that have played out in markets over the last six months and Sage’s. . . .
Learn more >