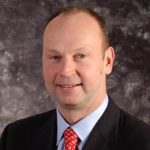 Michael Arone: Good to be here.

Sage Advisory: We wanted to ask you a few questions around your presentation, which was titled “Are Global Markets Approaching a Fork in the Road.” So perhaps you could start by telling us some of the main global trends that are underpinning the performance of ETFs, given that that's the focus of the conference.

Michael Arone: What's been interesting is that exchange traded funds have really benefited in the aftermath of the global financial crisis and the fact that we've moved from markets that have been historically driven by underlying fundamentals, to ones that have been largely driven by changing narratives. And so more recently, what's been interesting, in the aftermath of August, when recession fears really were at their height, and U.S.-China trade tensions were really escalating – since that time, we've started to see a softening of trade tensions. And it looks like we may get a phase one deal. For example, 10-year Treasury yields have increased, indicating a less chance of recession. The Fed has cut rates. So, what’s been interesting lately is that folks have been shifting their exchange traded fund positioning to things that are more value-oriented, more cyclical-oriented, and things that benefit when the economy grows, or re-accelerates.

Sage Advisory: This theme about value stocks is that they've underperformed in recent years. Do you think that they'll make a resurgence going forward?

Michael Arone: It's difficult to tell. So, value stocks have underperformed growth stocks pretty consistently since the global financial crisis and what's been interesting is there's a couple of things to look at. As interest rates have shifted, it tends to lead to value stocks performing a bit better. For example – so the one that I often go back to is in September of last year, when the Fed raised rates for the third time in 2018, the eighth time overall since 2015, some interesting things happened. The economy didn't do well, markets didn't do well, credit spreads widened, but value actually started to work. So, value stocks outperformed October, November, December, January until the Fed pivoted to an easier stance, then growth took over again. What's been interesting of late is as 10-year Treasury yields have increased from about 1.46% or so at their lows to closer to 2%, values had a resurgence again. So, what it signals to me is that we need a re-acceleration of growth expectations, inflation expectations, and perhaps a little bit higher interest rates to signal that value is likely to begin to outperform growth.

Sage Advisory: Just stepping back again to the ETF market. Where do you see the big opportunities over the next year or so?

Michael Arone: What's been interesting is we continue to see that exchange traded funds are adopted widely by folks that want liquidity, transparency, tax efficiency, low cost, and a specific exposure as they build asset allocations. Those have been the underpinnings as to why exchange traded funds continue to do well and continue to grow significantly relative to their mutual fund peers, and to active management more broadly. So, as we look at where the fund flows continue to go in exchange traded funds – they continue to go to low cost, core building blocks that offer those other attributes. So, I think what's interesting looking forward is that you could begin to see folks look to international developed exposures and emerging market exposures, which had been out of favor in the last few years, if the economy does in fact re-accelerate.

Sage Advisory: There's also been a rally in the credit market this year. Is that something that you see playing into this?

Michael Arone: It's been interesting, as interest rates have fallen and the Fed has reduced interest rates three times in the last few months here, and here we are in November, you have seen an appetite for greater yield or greater income. And that's led folks to take on additional risk and credit primarily to capture that yield. From my perspective, I'm comfortable in a diversified portfolio with below-investment-grade credit positions. I wouldn't change a thing. I don't anticipate a recession or major pickup in corporate default rates. However, for that next $10, that next incremental investment, credit or below-investment-grade credit wouldn't be my first choice. I do think that the margin for error is smaller than it's been in the past. And I think that the risks are skewed to the downside.

Sage Advisory: Now the title of your presentation, “Are Global Markets Approaching a Fork in the Road,” perhaps you can tell us a little bit more about that fork.

Michael Arone: What's been interesting this year is, risk returns or returns across stocks and bonds, and even gold, had been phenomenal. It's been a very strong year in 2019 for markets. And what's interesting is this fork in the road, or this friction, if you will, is that it's come at a time when economic fundamentals and corporate profits are decelerating. Now, that's different from contracting, we're not anticipating or seeing recession, but the underlying fundamentals have been deteriorating. Yet you see investors continue to invest in very risky assets or risk assets more broadly. And so our view is that friction, that fork in the road, something has to give. I think what's been happening is investors have been willing to pay higher prices now because they believe a U.S.-China trade resolution and easier monetary conditions, primarily by the Fed, will lead to higher growth rates later and higher profits later. So that fork in the road is going to be, it's moving from a “tell me something good” environment, to a “show me something good” environment. And I think 2020 will be that kind of big determinant of which one we see going forward.

Sage Advisory: And which one do you think is most likely?

Michael Arone: I think it's the most likely that markets trend sideways for much of next year up until the election. I think uncertainty about the U.S. election outcome will keep investors on the sidelines. Now, I think investors are likely exaggerating or they're overly concerned with the election outcome and its ultimate impact on markets won't be as big as feared. But I do think that the margin for error has shrunk. I think there's a lot of uncertainty on a U.S.-China trade resolution, Brexit resolution, and the election that's likely to keep stocks from moving tremendously higher. It doesn't mean I think they'll fall a lot, but I just think that the kind of room to keep going is limited at this point.

Sage Advisory: If you look further ahead, perhaps two, three years down the road, do you see the sort of clearing of the skies and some positive future ahead? Or are you very worried about the investment landscape in the sort of medium term? How do you feel about it?

Michael Arone: I'm a bit cautious on the on the investment landscape in the medium term. If you think about it, from my perspective, a lot of the underlying policies, whether they be government policies or monetary policies, are intended to spur economic growth and reignite inflation. And yet, they have some unintended consequences. So, they have low interest rates or negative interest rates – Japan's been tinkering with those since the 1990s. Europe has been having a negative interest rate at the European Central Bank since 2014. It certainly hasn't demonstrated an ability to spur economic growth or inflation in either of those economies. And the kind of unintended consequences is you penalize your banking system, you penalize savers, and ultimately, you don't get the reignition that you would expect in corporate spending. That's been a headwind for overall economic growth. So again, with government support and monetary policy support, it's hard to envision a disaster or recession. But it's also hard to envision a market or an economy that kind of reignites or regains its oomph, if you will.

Sage Advisory: Well, Michael Arone, thank you very much for joining us today.

Michael Arone: It's my pleasure. Thank you.

Market Update
The Resiliency of the Bond Market – Market Update
Podcast recorded on 02/14/2020
Sage’s Komson Silapachai discusses the impact of the coronavirus on markets, the two reasons for continued strength in fixed income, and where Sage sees pockets. . . .
Learn more >

Market Update
The Coronavirus & Capital Markets: Implications & Positioning
Podcast recorded on 02/03/2020
How should investors think about the coronavirus and its potential effects on the capital markets? In this podcast, Sage CIO Bob Smith recounts a presentation. . . .
Learn more >