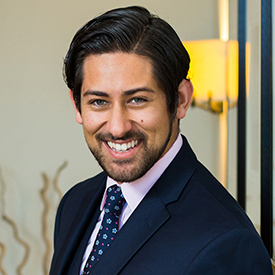 (This transcript has been edited for clarity)

Roman Samuels: Welcome back to the Sage Advisory podcast. My name is Roman Samuels. I’m one of the consultants here at Sage, and today I have very great honor sitting down with one of our fixed income portfolio managers, Ryan O'Malley. Today we're going to talk about consumer staples and some of the events that are occurring in the consumer staples sector right now in the bond market. So, Ryan, when we say consumer staples, what types of companies are we talking about?

Ryan O’Malley: Talking about food and beverage companies, alcohol, tobacco, Coca-Cola, Pepsi would be in there – a lot of names that you're very familiar with. The brands have been around for a long time, are considered kind of blue-chip companies by the average person. The reason it's called staples or non-discretionary is the idea that this is not stuff that fluctuates with the economy. There's another part of the consumer sector called cyclical, and that would be autos and media and things like that – Amazon is actually in that as well – where you expect the spending to go down when the economy falters.

Roman: Okay, so consumer staples is this basket of products that had traditionally been very stable in terms of revenue, growth, profits, cash flow, things like that. So I would imagine that as a bond manager, we're expecting that to be more of the place that we go to, to add some conservative allocation to the portfolio. Is that correct?

Ryan: That's exactly right. So I'd say there's a couple sectors, including this one, that fixed income investors have always been more comfortable with – utilities, definitely, it's a monopoly essentially. Consumer staples, sometimes technology, where the cash flows are large, and they're very predictable. And so also I think there's just a certain familiarity factor with fixed income where the names of equity investors might feel very comfortable with them I really like if it's new the fixed income market there's a kind of a newcomer discount. These guys have been around for forever, everyone knows them, they feel comfortable with them, so it's supposed to be the balance of your portfolio, that really rock solid part you don't worry about.

Roman: And it's one of those things where there's not going to be much change in these companies, or at least we don't think, right? We wouldn't expect that there would be much innovation in these types of industries. However, it seems like right now that there is some change occurring in the consumer staples sector. So could you just tell me right now, from what we're seeing, what is some of the change that's occurring and in some of these companies here?

Ryan: So there's a lot of stuff going on. I’d say the first thing and the probably the most important thing is just the nature of the companies themselves and what they do, consumer tastes are changing. I'd say pretty dramatically over the last 10 years, there's been a generational shift, there's been a focus more on healthy; this sugary, salty snacks are kind of going out of vogue, right? People don't need as much soup as they used to. The big thing that I think everyone's probably aware of, on some level, is that you know, the rate of smoking in this country is really gone down a lot in the last 20, 30 years. And then more recently, which I think is really interesting, is alcohol consumption is dropping. So it's really interesting to see some of these companies have been around for forever that, you know, are recession-proof, I guess is one of the terms of what thye are out there, are now looking like even though we're in pretty good economic times, that just rate of usage of alcohol, tobacco in particular, stands out as being like people just are choosing not to as much. Different reasons for that. Some people blame it on legal marijuana in certain places. I certainly think that's a factor for alcohol. And the other thing is you know it was smoking, just the ad campaigns against the health effects of it and you know we’ve seen all those privately funded things on TV – it's been very effective. I mean kids don't smoke cigarettes at nearly the same level they did 20, 30 years ago. Adults don't; no one does.

Roman: So to the consumer staples sector, what that means it seems is that the top-line is kind of coming under pressure here, and we’re in a situation where we really haven't experienced that in the past. So if I'm a CEO of a consumer staples company, what am I doing about that now that I'm seeing my revenue kind of starting to fall, my margins starting to shrink?

Ryan: So yeah, I think on that point, and something I could have mentioned earlier is, you know, not only is our the usage of the traditional products going down, but also as you would expect, there's been a lot of disruption, new types of products that people consume on large scales. I think that, you know, the advent of stuff like Whole Foods and all the kind of healthy products they've stocked on their shelves have made it so that there's a lot of upstart companies out there that have taken huge share away from Kraft Heinz and Pepsi, and all these other guys. And so they've been forced to play catch up there. The bigger companies with the bigger balance sheet. So what they've tried to do is okay, well, how can we combat this? Well, if you can't beat them, join them. In a lot of cases, they've just gone out and bought people in debt finance transactions that, you know, increase their leverage. They've tried to buy back their stock at very high levels to keep their earnings per share kind of steadily trending up, which is what equity investors want to see. So they basically the short answer to your question really is financial engineering.

Roman: Okay. Yeah. So now what's interesting about that is OK, we have a sector of companies that traditionally have had very stable cash flows, nice, predictable, top-line growth. They haven't had to leverage their balance sheets all that much. So because the credit quality has been fairly predictable. But now what you're saying is that they're engaging in consolidation and M&A. So that involves -- .

Ryan: Debt. The biggest example of which is Kraft Heinz CO, which had a very prominent backer and Warren Buffett who now admits that he might have been a little overly optimistic. But Kraft Heinz did a huge merger that was mainly financed by debt, and their story even at the time, even a couple years ago, was in 2015, was, hey, listen this is rock solid stuff. Don't worry about it, it’s Kraft Heinz. You know it's not going anywhere. It's cookies – not going anywhere. We will get the leverage down, don't worry about it. And then they've had a couple of rough earnings reports, the most recent one was really bad, stock was down a lot. And I think you know, for the equity investors it’s one thing. But the fixed income guys looked at it and said, geez I don't know if they're ever going to get to their leverage targets. And that’s scary. I think you look at this this this sector, generally there's been a lot of that. Campbell's has done a lot acquisitions, and Anheuser InBev has been aggressively buying stocks in other companies, even Altria, including medical marijuana, and other stuff like that. And it's a little scary for these guys I think because you look at the group as a whole, the average leverage has gone up by about three- quarters of a point, which doesn't sound like a lot, but when you're sitting there and kind of in the low -twos leverage range and now you're on average over three, which is kind of the traditional line for high yield, you only get a certain amount of time from the agencies before you start to see a real downgrade risk.

Roman: Yeah and it seems like that's the last thing that you want from a sector that you have relied on to be the conservative part of your bond portfolio. You want that margin of safety to be there. You want them to not even get close to that line where they could be written down into high yield.

Ryan: This was a no-brainer sector for a long, long time. And now it's not; it's the opposite. It's one that you're waiting for the next tape bomb to hit you. You're getting pretty nervous, I would say.

Roman: It almost seems like this is a secular trend that's depressing the top line. Then, in addition to that, we've got in response to this trend, these companies have levered up their balance sheets to try and create synergies and boost cash flow – that is looking like it's not going to happen. And so now, this debt is probably not going to be as safe as other types of debt because of it. And so it's changing the way that consumer staples interact in a portfolio.

Ryan: And at precisely the wrong time, as far as we're concerned. At Sage, we've done a couple of other pieces on just corporate leverage in general, ramping up and then the recognition earlier this year, and kind of the end of 2018, that among fixed income investors that, oh geez, we're now in a period where these guys need to delever. And the companies realize that too, but some companies are just not gonna be able to do that.

Roman: What do we think about consumer staples and how we're going to invest in it?

Ryan: So I think just sort of, generally speaking, you can't avoid it, because it's just too large a part of the IG index. It's about 15% of the IG index. So I think we'd advocate is be a little bit underweight, that's fine, you know, maybe be 5% or so underweight. And then be very selective, like you said about the credits you pick. There are some, it's not all bad. There are some names in there where they've kept the leverage below 2x, they've avoided this kind of M&A finance activity, and their business seems to be a little bit more resilient. Names we like are Clorox and Colgate Palmolive, and there are a few others in there that are alright. But again, caution, discretion are the better part of valor in this in this instance. There's a lot of things to avoid. And it seems like every time you turn around, there's another one. So I'd say stay underweight, be very selective, look to take your beta that's in credit elsewhere, is what I would advocate.

Disclosures: Sage Advisory Services is a registered investment adviser that provides investment management services for a variety of institutions and high net worth individuals. This podcast is for informational purposes only and is not intended as investment advice or an offer or solicitation with respect to the purchase or sale of any security, strategy or investment product. Investors should make their own decisions on investment strategies based on their specific investment objectives and financial circumstances. All investments contain risk and may lose value. Past performance is not a guarantee of future results. For additional information on Sage and its investment management services, please view our web site at sageadvisory.com, or refer to our Form ADV, which is available upon request by calling 512.327.5530.