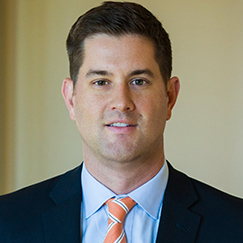 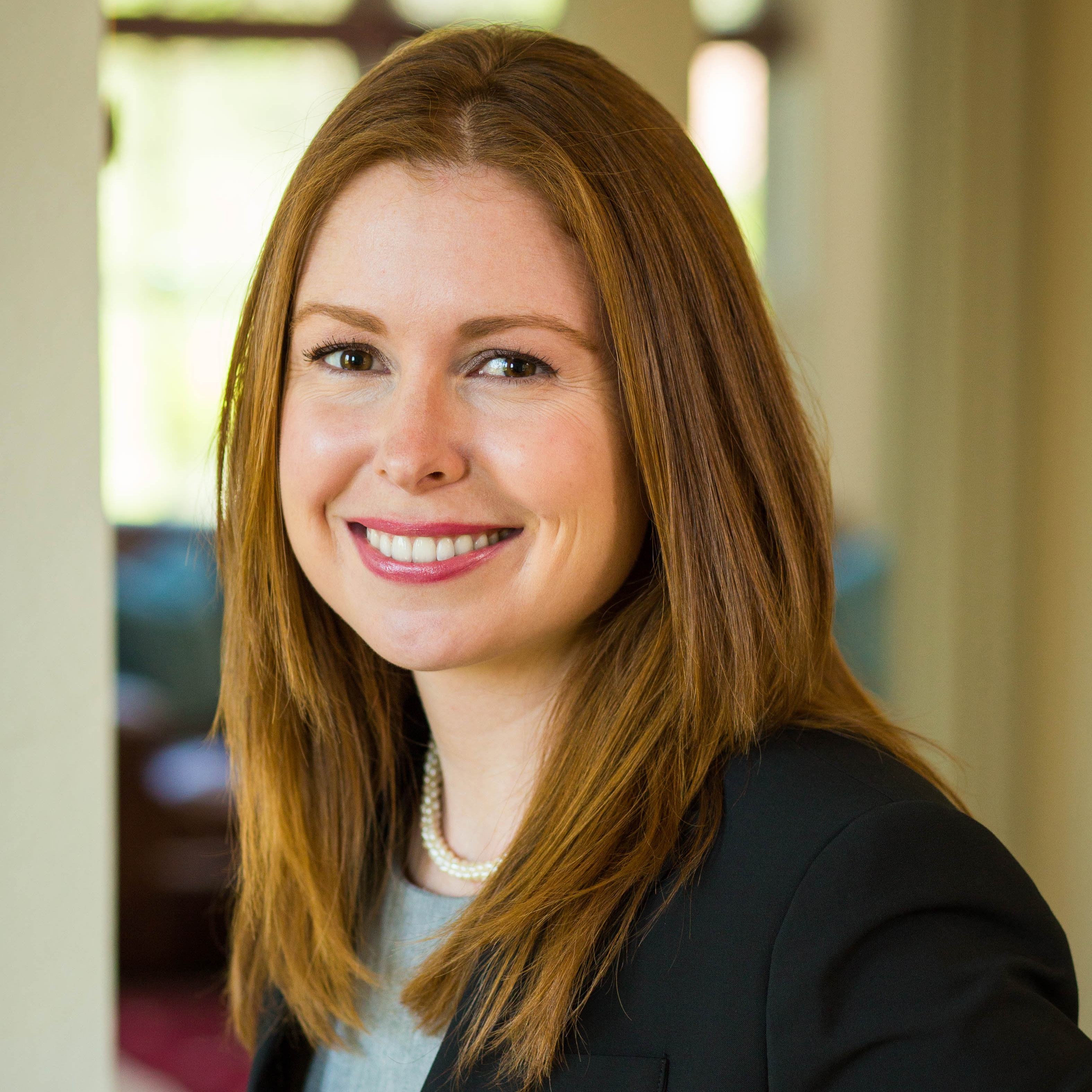 Jessica McHugh: This is the Sage Podcast. I’m Jessica McHugh, Marketing Director here at Sage and today I'm talking with Ryan O'Malley, Sage Fixed Income Portfolio Manager, about corporate leverage. So you recently wrote a blog post about the rise and corporate leverage in non-financial sectors and how it should be a warning sign for investors. You know, if companies’ debt to cash flow has been increasing over the last eight years, why should investors start paying attention now?

Ryan O’Malley: For a long time, corporations have gotten away with adding continuous debt to their balance sheet and it didn't really matter because we had QA going on -- QA for those who don't know is quantitative easing. After the financial crisis, the U.S. Federal Reserve, along with a lot of other federal central banks across the globe, made the decision to kind of inject liquidity into the financial system

to help spur lending and to stimulate the economy. To a large extent, they succeeded, but there was always an expiration date on quantitative easing. And so that really started to change in 2018. What you saw was in the beginning of the year, the Federal Reserve said that we're going to stop reinvesting proceeds from the long end of our kind of balance sheet into new Treasuries and mortgage bonds. And then you also saw the European Central Bank, which is the European equivalent to the FOMC, say, you know, they'd been doing about 50 billion euros per month previously, of new purchases, and they took it down to 30 billion euros per month. And then the end of 2018, January 1 of this year, it took that zero. So the net effect of all this is that the global liquidity of central banks which had been, you know, in the U.S. gone from near zero to $4 - $4.5 trillion over the course of, you know, eight or nine years, and globally, I think it was closer to $9 or 10 trillion. We're starting to roll off about $50 billion net per month of liquidity. And so what that meant was that you know,

prior to the end of QE everyone in our business was looking for the most yield that they could get or the most risk-seeking assets they could get. So either buying equities or buying high-yield bonds or emerging market bonds to try to get that extra yield because Treasury yields were driven so low. In October things started to tip a little bit and then in December people were really anticipating kind of the end of the growth and starting to tamp down QE and quantitative tightening. What that means is that companies have recognized it's not going to be as easy to raise debt anymore. They're going to be penalized more by paying a higher interest rate, and because of that everyone's trying to get their leverage down all at once.

Jessica: And what are companies doing with all this borrowed money?

Ryan: For a long time they were using it to buy back their stock, and in some cases, maybe increasing their dividends or funding some capex or hiring more people. But by and large a lot of it went to stock buybacks. And a large part of the increase in the stock market over the last nine years I think can be directly attributed to stock buybacks. I think companies that wanted to manage their earnings, what they do is they issue debt. And for a while there if you're an IG issuer, or investment grade issuer, you could issue debt at 3%, maybe 3.5%, which really isn't a lot. And you can buy back your stock, which has you know, a return on equity of let's say 7% or 8% assumed. If you can do that, not only does that make your stock price go up, but it also makes your earnings per share look better, even if your fundamental business isn't really growing that much. So it’s a trick that a lot of corporations played for a while to make their earnings numbers look better, but also to kind of fundamentally support their stock. And it makes sense if you think about it, how are these guys and girls compensated? Stock prices. One of the big components of every CEO, CFO package.

Jessica: And you found a really great example to illustrate this point.

Ryan: Yes, Xerox is an interesting one. It was recently downgraded to high yield, I think on December 17, by Moody's, and I believe that S&P followed suit the next day. Xerox has been around forever. I think everyone knows what they do. They make copiers and various other kind of office electronic equipment. And they've been around forever, you know, sort of blue-chip name for a long time. Their growth started to stall out a few years ago, I think due to a number of sort of secular technological factors, that we won't get into today. But suffice it to say, their top-line revenue started to slow down.

And so while this kind of debt binge was going on, they along with a lot of people were able to still borrow money very cheaply – 3.5%, 4% coupons -- and buy back their stock. So even though there wasn't a ton of enthusiasm for what they're doing in the business, they were able to kind of support the equity and support earnings, like I said before. What changed kind of recently for them is that people didn't, you know, give them the credit for the share buybacks that they had before, in 2014 and 2015. They were still buying back at least, you know, a billion dollars a year of stock, and they're borrowing anywhere from half a billion to a billion dollars a year to do that, along with paying dividends. What happened to them was they had finally decreased their dividend payout in 2017 because it's just the fundamental top-line situation had gotten so bad there. Cash Flows really started to suffer. And I think the Xero x is not only an interesting example of what has happened, it is also a harbinger of what could happen to other people in the future.

Ryan: Yeah, I think over the long run, I think since 2005, there's been a massive migration in credit ratings away from A rated. It used to be always that people wanted to buy A rated and up, primarily. And BBBs were kind of considered almost sort of speculative, not quite the level of junk bonds or high-yield bonds, but definitely something that people were cautious about. And in the last 10 to 15 years, BBBs have gone from being 25% of the investment grade index to over 50%. And then in industrials, it's over 60%. So really if you take out financials and utilities, it's an even bigger percentage of the total pie. I think what you do have to worry about is the really cuspy ones. So when I say cuspy, I mean BBBs that are lower BBBs or they're already crossover. And maybe two out of three agencies have it at IG and you're worried about that one extra agency going to high-yield. And then you have to, you know, people are forced sellers if they’re IG mandates. So that's really kind of what we're more worried about. I'm not worried about the entire BBB market going to high yield or anything like that. I think there are probably 5% to 10% BBBs though that are where you should be concerned. And you need to sharpen your pencil and do the credit work and make sure that you're not stepping into something that could be a forced sell situation or something.

Jessica: What can investors do to ensure that they're choosing the most desirable of the investment grade bonds available?

Ryan: Yeah, so I think you know we've come up with a four-point playbook, so to speak, on what you can do. The first part of that is just look for the companies that avoid the temptation to use the easy money for shareholder-friendly activities during the good times. As much as equity investors like buybacks and dividends, and some of this M&A that went – as credit investors, it's our job to be cautious on that.

The second thing was look for companies and industries I would say in general that have the capacity to get through the hard times. So there's certain industries -- healthcare is certainly one of them, consumer non-cyclicals is another --  where the cash flow dynamics are so strong and positive that you know barring any really serious screw up by the management team – year, they might have a little bit of a downtick in business but it's a pretty strong, stable cash flow-generation business that's going enable them to not only pay down their debt when things are tough but also gives long-term credit investors the confidence to say, “Oh you know, I know this company, this is a drug company, these guys are going to be around. Their business is very stable. They're only two times leveraged anyway, I'm not too worried about this.”

The third part would be -- and this is a little bit more qualitative -- to look for companies that don't have a really complicated corporate structure, where you have a bunch of different kind of boxes, or one box pays another, dividends, and your upstream and downstream cash flow. Generally that's kind of something you see more in high yield, but there are investment grade companies with more complicated capital structures. I think if you can keep it simple, keep it down the middle of the fairway and stay away from those kind of things, you give yourself a lot better chance of success.

And I think, you know, the other thing is, this kind of goes to an earlier point as well, is look for sectors where maybe the trend has gone in reverse. A great example of this is financials. This is kind of the anomaly going on right now where financials have actually improved their credit metrics since the crisis, but their average ratings have migrated down. You know, they got hammered so badly during the 2008 crisis that I think people were gun shy for a long time even up until 2011, 2012, financials were trading at a significant discount to the rest of the investment universe. And that's dissipated somewhat, but if you look at their Tier 1 capital ratios, which is a kind of an inverse leverage measure of how liquid they are, they keep ticking up. We've done some studies here at Sage that say over a long period of time through credit cycles where are the kind of buy points for corporate credit -- what's your probability of success? Typically when you have over 150 basis points of OAS (option-adjusted spread) for investment grade issue, as long as you feel like it's going to stay investment grade, your odds of success for the next 12 months or so are much greater than 50%. And when you get to 200 over, it's greater than 90%. Assuming you can kind of get the credit call right, which is incumbent upon us to get that right, you have a really high chance of success over the next 12 months.

Disclosures: Sage Advisory Services is a registered investment adviser that provides investment management services for a variety of institutions and high net worth individuals. This podcast is for informational purposes only and is not intended as investment advice or an offer or solicitation with respect to the purchase or sale of any security, strategy or investment product. Investors should make their own decisions on investment strategies based on their specific investment objectives and financial circumstances. All investments contain risk and may lose value. Past performance is not a guarantee of future results. For additional information on Sage and its investment management services, please view our web site at sageadvisory.com, or refer to our Form ADV, which is available upon request by calling 512.327.5530.