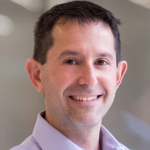 Sage interviews Peter Stone, a UT Austin Computer Science professor, about the evolution of and opportunities in AI and machine learning. Stone is the founder and director of the Learning Agents Research Group (LARG) within the Artificial Intelligence Laboratory in the Department of Computer Science at The University of Texas at Austin. Stone was recently named head of the new Austin-based Sony AI division.

You can find Stone’s presentation here.

Sage Advisory: Hello, and welcome to Sage’s Perspectives on the Future Conference 2019. We have the honor of being here with Professor Peter Stone from the Department of Computer Science at the University of Texas. Welcome, Peter. Perhaps we should start off Peter by clarifying some of the confusion that seems to exist sometimes between what is really AI and machine learning, and the difference between the two and how perhaps that's evolved over the last few years.

Sage Advisory: Now you've been working in this space for, I believe you said 25 years or close to it. Remarkable advances have been made in that period of time. Where do you see the greatest sort of short-term opportunity for AI and machine learning in our everyday lives?

Peter Stone: In our everyday lives there's many, and that was sort of the focus of the “100-year study in artificial intelligence,” the first study panel report that we put out in 2016, that AI technologies are really pervading and have the opportunity to pervade our daily lives in areas such as healthcare, transportation, public safety, and many others. We picked eight different sectors to focus on in the 100-year study. I think there's a sort of a history of artificial intelligence where there's sort of developments and technologies that are developed in the research community that then get sort of ripe for application and do have an influence. One thing that then starts to happen is that they become seen as sort of commonplace, and then are no longer considered artificial intelligence. They're now, “oh, that's not artificial intelligence, that's just a smart dishwasher.”

Peter Stone: And so artificial intelligence in some ways – one of the tongue-in-cheek definitions is that it's trying to get computers to do the things they can't do yet. But once they can do them now it's engineering. There are many opportunities for the things that people are working on today in areas like robotics, manipulation, natural language processing, and perception, to make it out there into the general public and to have an impact in the commercial world. There are also many examples of things that used to be research problems that are now sort of squarely within the public use profile. And then there's also things that people are just thinking about now to do research on in the community and that may end up being the next big thing. It’s a very much fluid field.

Peter Stone: Yeah. So, it's actually the focus of my startup company, Cogitai. My co-founder, Mark Ring, coined the term continual learning in his Ph.D. thesis from UT Austin back in the 1990s. But the idea [with continual learning] is that just like in our lifetime as humans, we sort of have one long, extended lifetime where every experience solving a problem contributes to the ability to solve the next problem. Much is made in the media about how “Well, yes, [the supercomputer] Deep Blue could beat Garry Kasparov [in chess], but it didn't know how to cook a pot of spaghetti,” or something like that – that every problem and every machine learning problem was sort of focused on a particular type of a single task. Continual learning is more about being able to have an ongoing incoming stream of tasks just like we do as people, and to get better and better at solving new things and new problems as they're presented to us.

Sage Advisory: Are there any opportunities for scalability in terms of AI technology, or is every situation different, requiring programming from scratch? Or can you see in a few years’ time that there will be modules that you could use as basic building blocks towards creating solutions, speeding time to market for AI, for example?

Peter Stone: Well, I mean, certainly there's modularity. And that's one of the core principles of computer science as a whole – is that you should program things in a way that's modular and that can be reused. And that's true of artificial intelligence as well; a neural network that's been able to train on image classification can be repurposed to be used for natural language processing – oftentimes not immediately right out of the box, with maybe some changes to the way the problem is presented, or to the way the software works. There's absolutely room for modularity and sort of scalability in that sense. But, the sort of mythical notion of like super intelligence that can just do anything magically, all at once, no matter what you give it – we're nowhere near within a technology that can do that.

Sage Advisory: How about the pace of innovation? How do you see the next 10 years compared to, say, the previous 10 years in terms of the rate of change at which technology is being developed and adopted?

Peter Stone: Within the field of artificial intelligence, it's been a one of the most exciting decades ever in the sense of success stories and milestones that have been reached. From the public point of view, it often looks like huge breakthroughs. From where I sit, it's more that there's milestones or landmarks that have been reached as a result of long years of incremental, steady improvement. I feel that the pace of advancement is certainly accelerating, just because of the fact that there's more money being invested in artificial intelligence; there's more people who are going into it, and students who are interested in it. And so just by virtue of having more sort of resources, both human and capital resources, then that's going to speed up the progress. But I think the story of artificial intelligence is very much a gradual progress, steady progress by the field as a whole. And it's great to see that there's resources for that to continue now. It's much harder to predict whether the pace of these high-profile landmarks and milestones will be reached and which ones will fall, but that's to me less relevant than just the long march of progress.

Sage Advisory: Is it all incremental or are there one or two big specific problems that need to be cracked to take it forward?

Peter Stone: There are big problems and challenges, but usually it is putting together technologies that have been around for a while and just getting them over the hump. I mean deep learning is really the evolution of neural networks, which has been studied by a community of people within the field of AI for decades. It didn't just suddenly magically burst onto the scene. It's something that people have been studying, trying to scale up, trying to get the amount of computation and data that are needed to really see the practical performance and then it did sort of reach there in a very high profile kind of way. So, from my point of view, I don’t know if incremental is the right word because it is sometimes used as a derogatory term for research, but it's more the steady, focused progress through long efforts of many people. And I think that's likely to be the story moving forward as well – inspired by big problems, but not like a single “aha” moment of now we're turning the world on its head. It's more that all the pieces come together, we figure out how to do it a little more efficiently until eventually, you get to that tipping point where a problem that was previously unsolvable is now solvable.

Sage Advisory: And finally, the investment in AI and machine learning, is that filtering through to the academic world in terms of additional monies coming in? Are more people and more students coming into that sector?

Peter Stone: Absolutely. There's a huge increase in students. And there's certainly focus from industry funding, so funding research, and also the National Science Foundation recently – very exciting developments – put out a call for proposals for national AI institutes. So really both public and private funding is focusing in a complimentary way on different aspects of artificial intelligence. The biggest challenge from a sort of resource point of view is that a lot of the educators and researchers from academia have been lured away to industry, and then that makes it difficult to educate this greater demand of students who are trying to get into the field, which is hopefully a short term crisis. But we're also finding some young and more idealistic faculty who really want to be a part of the solution and want to educate the next generation. And so, we've been fortunate at UT Austin to hire some really fantastic young professors, but it is a struggle nationwide right now to find enough faculty members to educate the next generation, and that's something that we really need to focus on as a field.