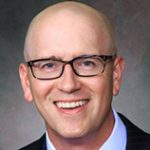 You can find Merker’s presentation here.

Sage Advisory: Thank you very much for your time today at the conference. Perhaps we should just start by asking you the basic question of how big is the asset pool in the United States and what's the demographics of it? And who manages it?

Chris Merker: So if we measure that simply on the basis of outstanding securities, it's in excess of $100 trillion globally. It's more if we include private investments. Most of it’s owned by governments, which are much their own debt, public pension systems, and sovereign wealth funds. It's then followed by significant amounts owned by foundation, endowment, and corporate pensions. Here in the U.S., assets owned by the traditional Big Four, public and corporate pensions, foundations, and endowments adds up to somewhere about $28 trillion. The remainder falls into the retail or private wealth category. And so the family offices are on the high end, which is quasi-institutional, and the rest is on the lower end, brokerage and managed accounts. And then of course, there's all the 401(k)s. The bottom line is that the vast majority of assets is overseen by these small cluster groups we refer to as boards and investment committees, which concentrate responsibility to a select chosen few of about 1% to 1.5% of the working population. So that's less than a million and a half people here who would classify as governance fiduciaries. There's a whole lot of other people involved primarily from industry. But these are the folks with whom the buck stops. They’re a heterogeneous group. They're from every walk of life. And that's why governance is so important.

Sage Advisory: Are most people in the United States prepared for retirement? How do you view this landscape from that perspective?

Chris Merker: Shockingly, it's just under half the population that doesn't even have a retirement account open, whether it's an IRA or 401(k), which means that a high percentage is expecting social security to cover them in retirement. So, you might look at that and assume a fair amount of young people make up that group. So, nothing we should worry about, right? The fact of the matter is when we break down the stats on the group closest to retirement age, 55 to 64, the picture really doesn't improve much. Two-thirds haven't saved more than one year's worth of salary. And while no one knows exactly what the future looks like, economists have estimated the gap to cover minimal spending needs and retirement for current and future retirees is somewhere between $7 trillion and $14 trillion. So those are big numbers, which a growing chorus of policymakers and researchers are now calling a crisis. We are seeing this crisis play out in a number of locales across the United States where municipal budgets are already under pressure. For example, there's been a major bankruptcy every year, and a number of minor ones too in places such as Detroit and Stockton, California, and other systems that are under duress from Connecticut to Chicago. So the signs, the cracks in the system of this “under-saved” population are already starting to manifest.

Sage Advisory: What about those with pension plans, defined benefit plans? Are they in a much better shape?

Chris Merker: So those who have one, which is about 34 million Americans, can expect their pension to cover about 25% to 50% of their living expenses in retirement. That's, of course, assuming the current state of benefits continues without future reductions. For many, though, and this has especially happened on the corporate side, there's been a steady wave of conversion from defined benefit to defined contribution plans. There's very few pensions that are left; they're frozen or they're closed. So it's really not that many. Most younger Americans certainly are going to have to fund their own retirement.

Sage Advisory: You've talked about the “5 Imperatives of 21st Century Investing.” Perhaps you could just give us a brief overview of what those are.

Chris Merker: It begins, continues, and ends with governance. So that's the overarching imperative. But within that, there are additional areas that deserve some additional focus or consideration. And the first of that is to be knowledgeable. And there's a certain degree of knowledge – we were just talking about that with respect to board self-evaluation. What are we doing? What are we thinking about as a board? That's an important area. What level of knowledge does a trustee have to possess? How much should training, which everyone does basically once a year? Where should that be targeted? Should we be talking about modern portfolio theory? Should we be focusing more on fiduciary responsibility? I mean, these are the sort of questions I think that come up with respect to knowledge. Thirdly, is to be disciplined. And what does that mean being disciplined? It means separating out the functions from the investment area, to the board area, understanding what that list looks like, how it should be addressed. And then addressing issues like cost control – how important is that? How much does that play a role in terms of what a board should be focusing on?

Then I would say beyond discipline, there's also this fifth category, and that's be impactful. And I think that's on everybody's minds now with respect to the ESG issues that have surfaced over the last decade or more. That's added, frankly, an additional component to what boards now have to think about. It's added complexity to what they have to think about. But it's also important. I think everybody recognizes the value and importance. And so that's really that that fifth area.

Sage Advisory: In conclusion, there seems to be a lot of causes for concern in terms of the investment portfolio of the country as it were. Is there a light at the end of the tunnel? Are there any signs of changes on a positive note that people are starting to be aware of the fact that they're not fully prepared from the investment side and that changes are taking place? Or is it still going the wrong way?

Chris Merker: One of the things I do on a voluntary basis – I co-founded the CFA Society Milwaukee Foundation, which is a foundation for financial literacy. And we're very much involved with an organization called Secure Futures, which provides financial literacy education at the high school level, across Southeastern Wisconsin, parts of Northern Illinois. If you look at what's happening just within financial literacy – and this is sort of early, starting at the very beginning for people, like how are they going to be able to manage their savings and investments for the rest of their lives? It is a groundswell happening. Okay, in 2018, I think 29 states had either passed or had on the docket financial literacy, mandatory financial literacy education. That's great news. That's great news that everyone's become more aware of the fact that people, frankly, haven't been equipped. Our society hasn't equipped them. And we've been asking more of them. But the bad news is that it's going to take time. Just establishing these programs requires teachers to have time in their curriculum to provide that level of education. Frankly, the teachers themselves who haven't received that training – how do they provide that education? And so that's where I think organizations like Secure Futures are coming in and filling that gap of bringing investment professionals like ourselves to the table and providing that education. That's where it needs to start.

And beyond that, I think there's obviously policy things going on, expanding 401(k) programs, small business, obviously government. There's a number of things that are in the works. There's a lot more to do, though.

Sage Advisory: Chris, thank you very much for your time. Really appreciate your insights. And thank you again.

Sustainable Investing
Getting to Net Zero
Podcast recorded on 02/10/2021
Our planet has been logging the warmest years on record, and we are increasingly experiencing the adverse effects of climate change. It has been widely. . . .
Learn more >

Sustainable Investing
What’s in a Brand? How ESG Risks Can Make or Break a Brand
Podcast recorded on 01/11/2021
What do Nike, Wells Fargo, and BP have in common? They have all experienced controversy related to environmental, social, and governance (ESG) risks that has. . . .
Learn more >

Market Update
Considering the Unknown: Sage’s 2021 Market Outlook
Podcast recorded on 01/04/2021
From vaccine rollouts to monetary policy – what curveballs are Sage’s Investment Committee members keeping an eye out for in 2021?
Learn more >